Misadventures in Shawls, Part 2: Well This isn't So Bad But it is a Snail

Now being a little more of a month into this shawl (I am including last week in that count, despite the fact that I made no progress on the shawl at all since I had to make garb instead), it's not as bad as I feared, though it is as slow as I've feared: 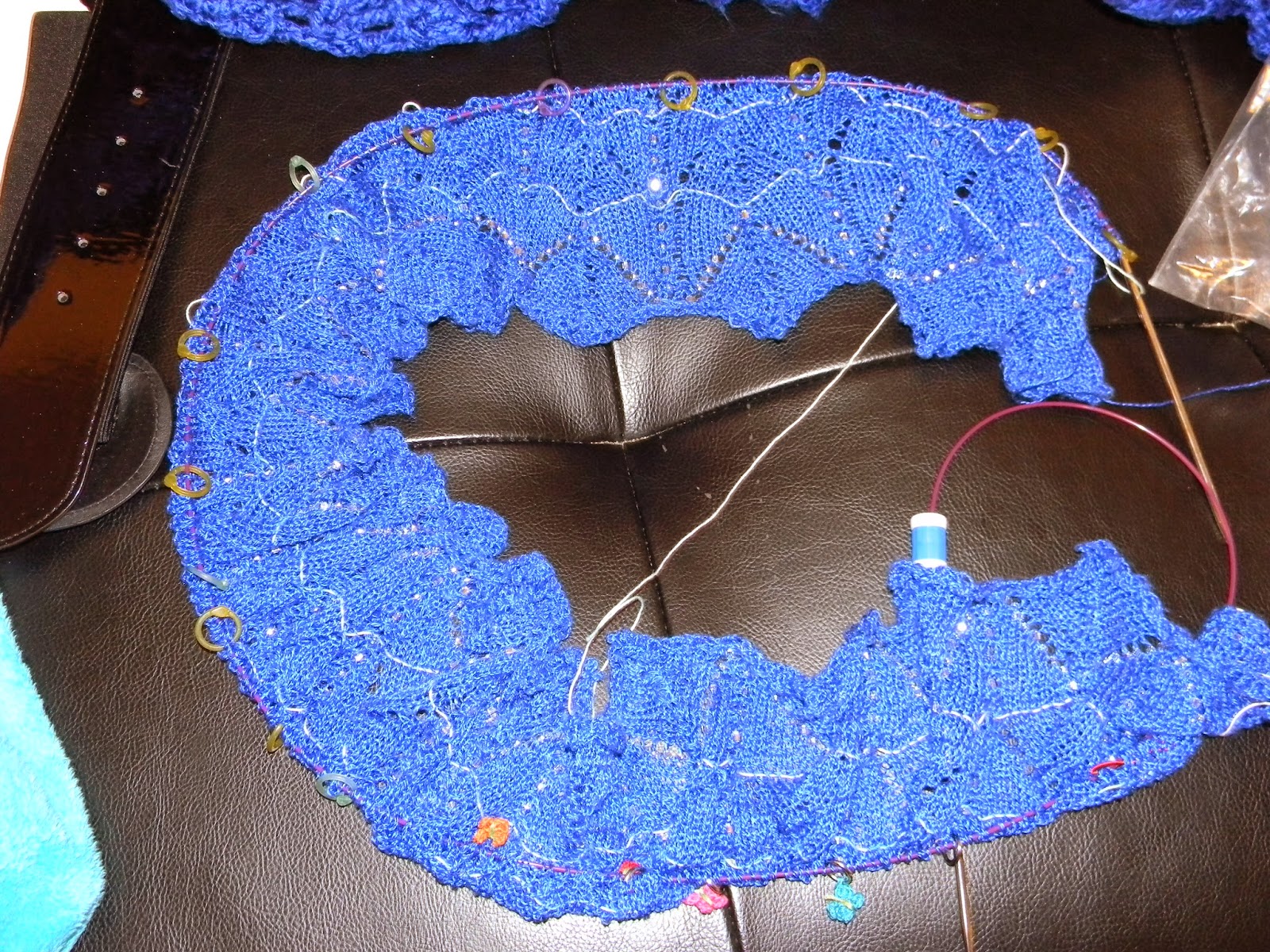 This pattern has two things going for it: it's not that complicated (the pattern's written and charted well to boot) and it's pretty repetitive.  At least so far.  Beading turns out to be easy as well; you just slide the bead onto a small crochet hook and then slide it onto the desired stitch.  However, 20 repeats of lace with beads still eats time, especially at the bottom there where you had to place 2 or 3 beads a repeat for every right side row.  I guess the other good thing I got going for it is that the stitch count is decreasing (you start at the bottom of the shawl).

I decided to alternate between the blue square beads (for which I ran out of rather quickly and had to go find the store I bought them from to buy four more boxes.  They went fast) and the iridescent silvery round beads that I bought last. The result is not something I love 100%, but it doesn't look bad:


But this is where I have to remember that it's not for me.  I don't like that the beads that stand out so much and don't quite match, but my sister's a eclectic person who loves shiny things.  In one of my self-doubt moments I texted her a picture (better colored than this one) asking how she liked it and her answer was 'pretty!'.  So I'm on the right track.  I do have to say it's kind of grown on me at this point, though I still would have picked darker beads.

Some notes about this pattern so far:


I'm sure it'll look better when it's blocked out.  And if I had a clearer picture.
But all in all...it's going.  Almost done with chart B; we'll see what holds up on the next chart.
Posted by CompileYarn() at 8:24 PM