The Other Important Thing To Check

I was naughty.  I didn't swatch properly for a pair of socks I started working on and it bit me in the ass.

Ok, so I'm usually naughty in this way.  Every so often I'll do a semi-proper swatch, and by a semi-proper swatch I mean I'll knit more than an inch long on a 3 to 4 inch piece before casting off. Very rarely, I'll have sufficient motivation or time to knit a proper swatch. This is usually when I'm designing, but I'll do it for other major projects where getting the size wrong is really going to ruin things.  More commonly, however, I knit a small 2" x 1" swatch, get an idea of gauge, wash it to make sure it doesn't disintegrate or grow too much, and start the project.

Of course, by half-assing it this way, you would think what bit me in the ass was the gauge.  Not so; actually the gauge is working out better than I thought it would. No, the problem was that the colors I chose for the project didn't work: 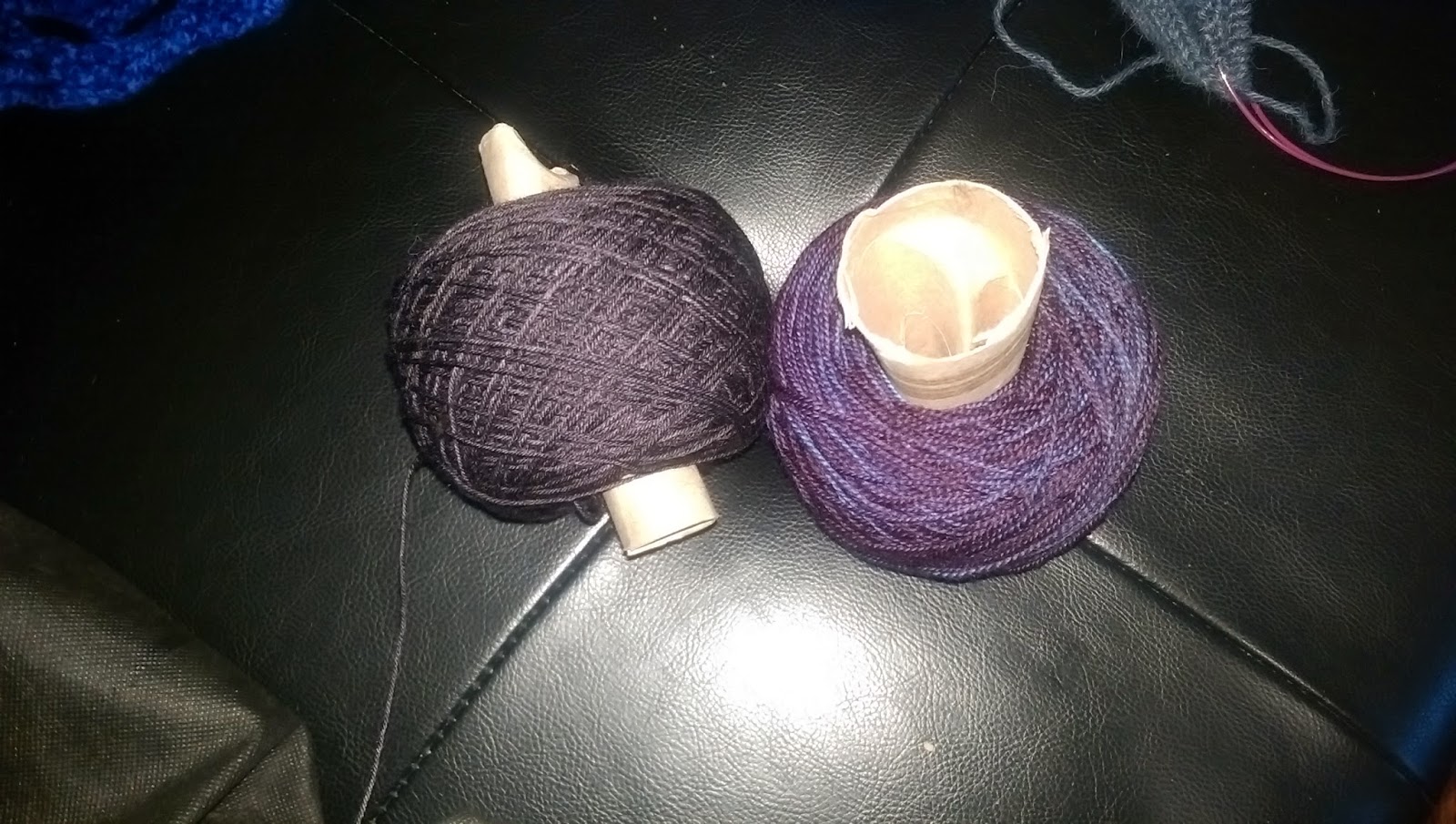 You see, in my love of dark colors, I was thinking these contrasted sufficiently enough to allow for some colorwork to be done. I explicitly bought the purple skein so that I had a color to contrast with the black.  I was so confident, I barely did any colorwork in my swatch: 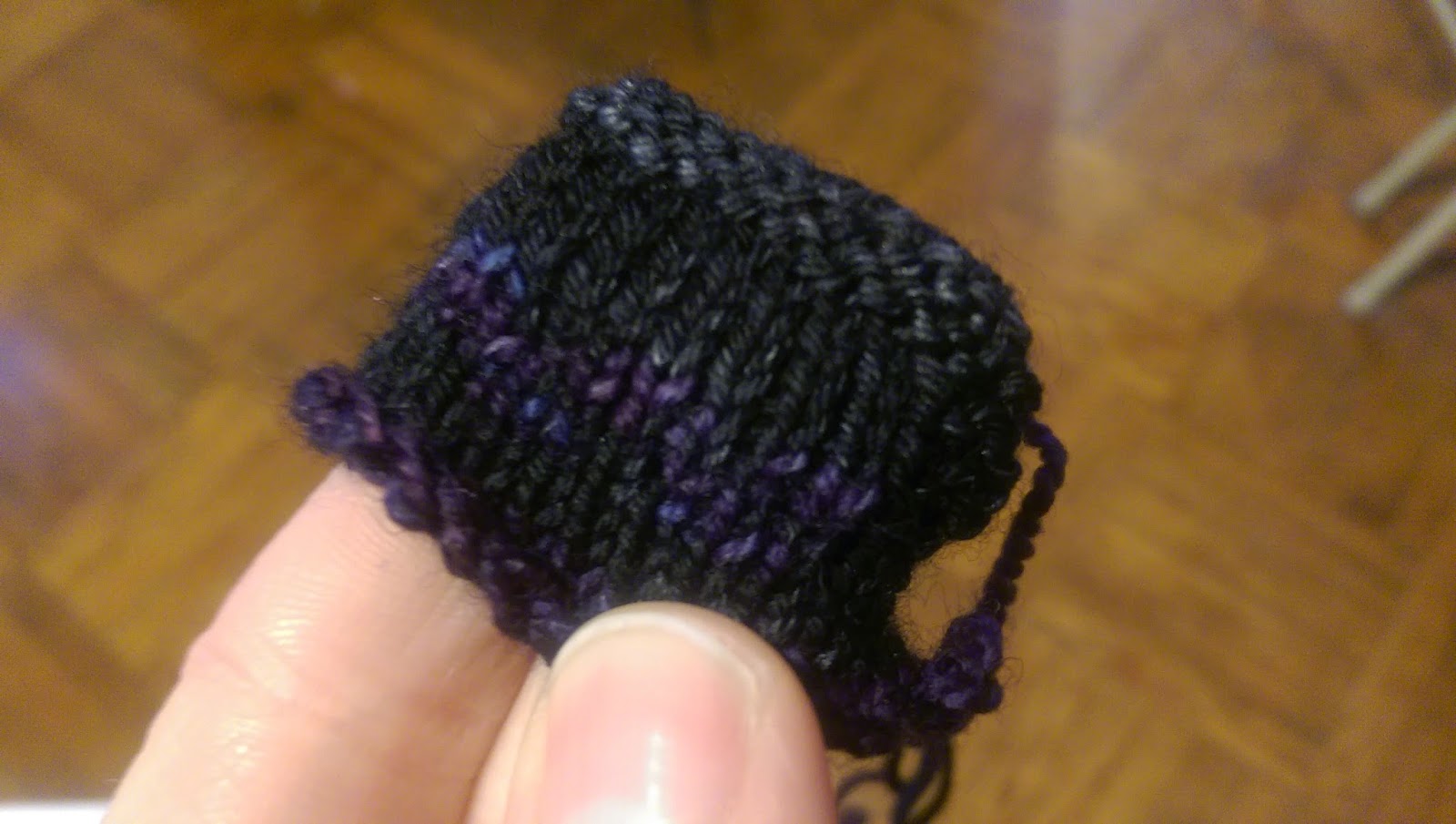 Which is why I ignored the fact that you can barely see that I did any colorwork in the swatch, and went on my merry way of casting on. 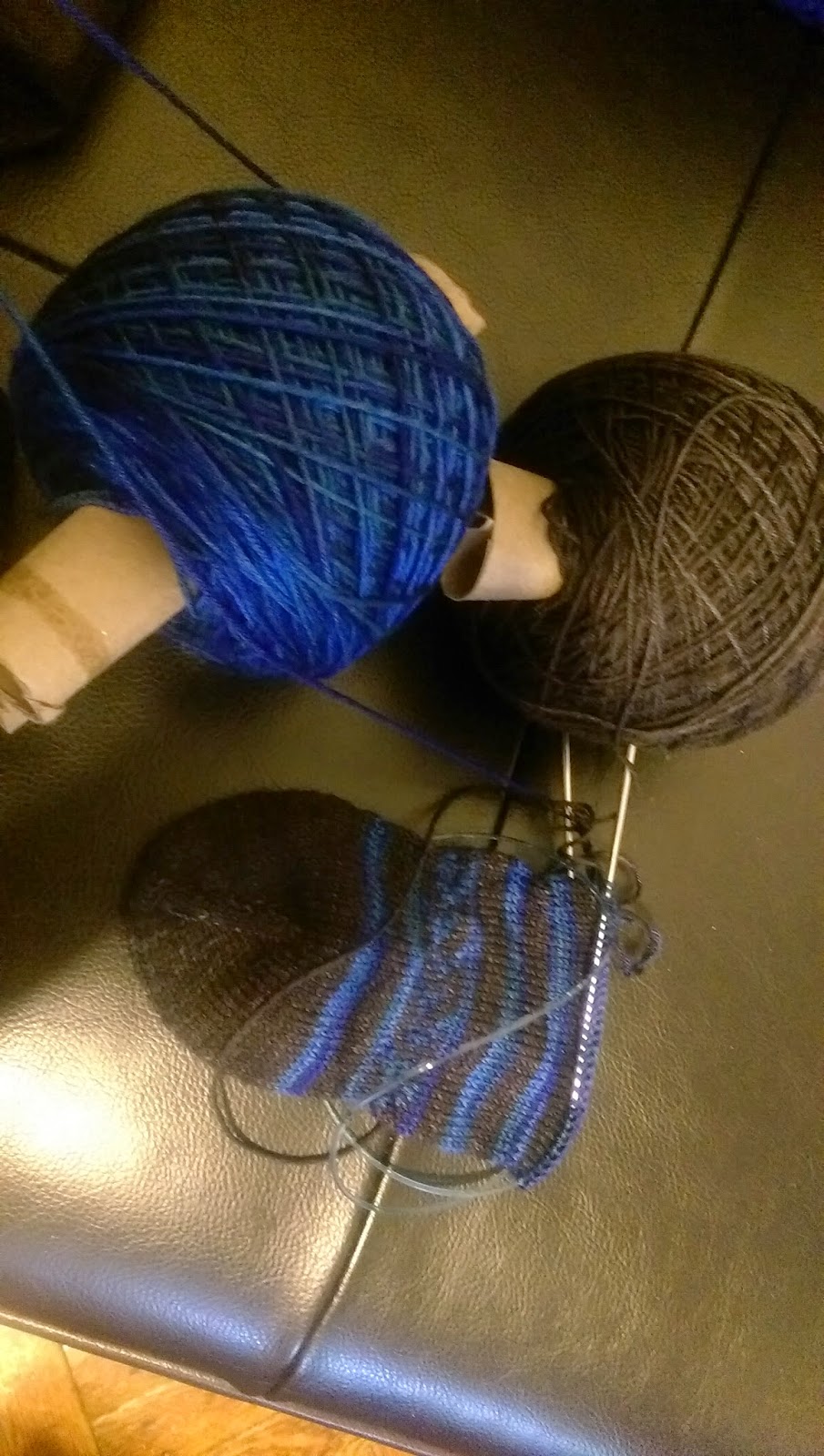 I was hoping to use this for something like a Hitchhiker, but I was already committed to the sock pattern and this was the only yarn I found light enough to work with the black for the colorwork.  To be fair, it is coming out nicely (despite the fact that I had to pretty much write the heel directions myself since they didn't exist in the pattern):

I guess the other lesson here is have a good stash.  Not that I need to tell most yarn-crafters that.

Posted by Unknown at 5:06 PM No comments: