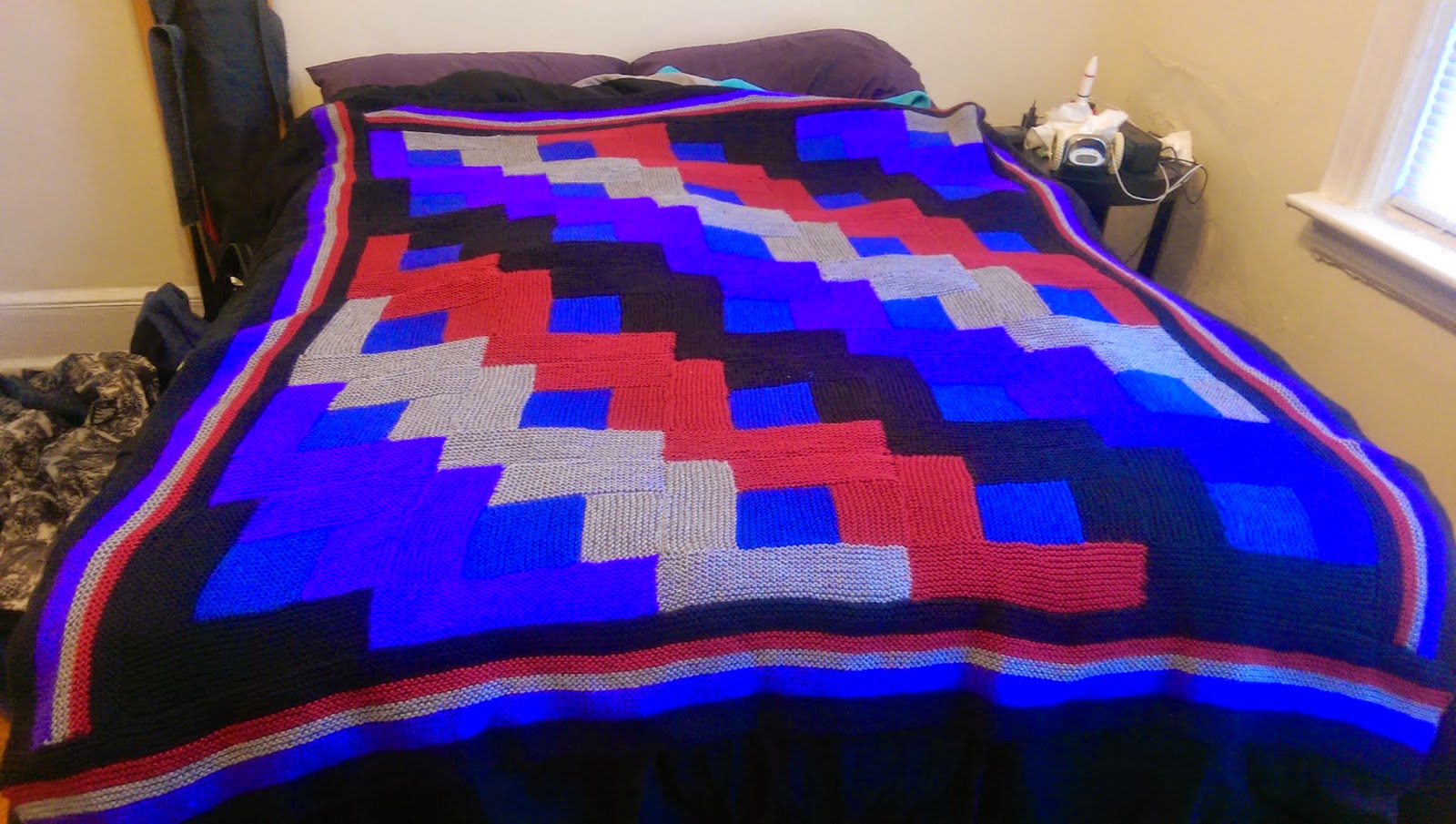 Recognize this?  No? That's the blanket I made out of all the garter stitch log cabin squares that I started back in January...of 2012.

Yeah.  Then again, I could have had it done months ago.  It's not that the blanket took forever, its that things don't get done if you don't work on them part that took forever. The squares, since I picked them up and put them down a lot, took a good two years on their own.  The border took a year, technically.  If you remember, I sewed up the blanket during the Olympics last year and almost finished the border a few months later.  But I ran out of black yarn.  So, to avoid buying more, I borrowed some.  Except it was Red Heart. Which, by the way, doesn't work too well as Red Heart is a lot thicker than Simply Soft.  So while the blanket was techically done, it flared out at one of the ends due to the other yarn.  So it again sat there, with a plan to get more Simply Soft and re-knit the last ten rows.

I finally got the yarn about four or so months ago, and then it took me until last month to finally go 'this isn't staying here any longer on my couch like this' and do it.

Just in time for me to have to use it because throat infections suck. So, it's useful, at least?

Posted by Unknown at 6:58 PM No comments: