Despite the fact that I have all this sock yarn that I should be using, I've been focusing my subway knitting time on an old project: 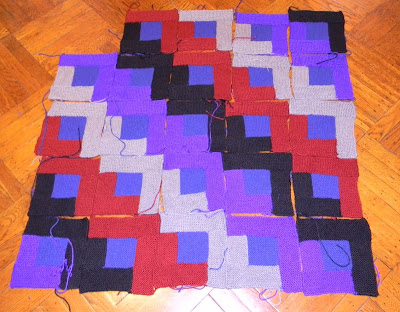 Yep.  Squares again.  I realized recently that I had technically started this project over a year ago, and hadn't touched it in months.  Of course, this UFO's whole role was to give me something easy to do when I was between projects.  Unfortunately, I've been lining up my projects very well, and so I hadn't done much with it until recently.  And the only reason I picked it up again is because I've been so focused on sewing (which, yes, I'm still doing.  It will never end!), and then my sweater got too big to do on the subway: 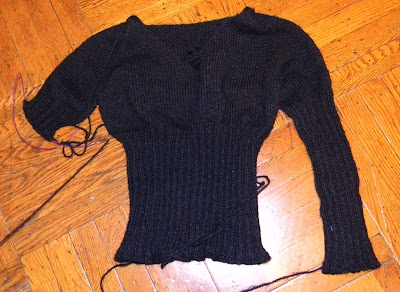 (It's being knit on...twice a week...and is starting to annoy me....it'll never end either).  So while I haven't got a lot of knitting done, I'm at least making progress on an old project. That's what I keep telling myself, at least.

Though, I kind of want to start a pair of socks.  Because all I need is another project.  Oye.
Posted by CompileYarn() at 7:10 PM