Misadventures in Shawls, Part 1: Looking for Yarn in All the Wrong Places

So, among all the many things I've been doing recently, I've planned out and have started a lace shawl.

A couple of noteworthy things about this:
It's not that I've been procrastinating.  The first problem was that the planning part took a couple of months.  The reason it took so much time wasn't the time spent looking for the perfect pattern (I found that rather quickly), or even getting my sister to tell me what she wanted (though that took some effort).  It was finding the yarn.

You see, when you agree to attempt to first match the dress (which is a slightly off-white color), its bad.  Luckily the bride-to-be then stated the preference of having the shawl match the bridesmaids dresses, which were described to me as 'similar to this dark royal blue dress I'm wearing' (which, if you've read my blog, you'll know is my favorite color).  For which I was very happy because finding that color yarn shouldn't be hard, right?  I buy it all the time.

A couple of things about that:
This resulted in several things happening:
So yeah, it took me some time.

Here's the two skeins of yarn I got at the local yarn stores:


And here's the yarn on the left with it's 100% silk, same colorway counterpart:

I don't think I need to tell you that nothing pictured here looks exactly like the color in the photos.  The bottom one is closer to true color, though.

Oh, and some beads: 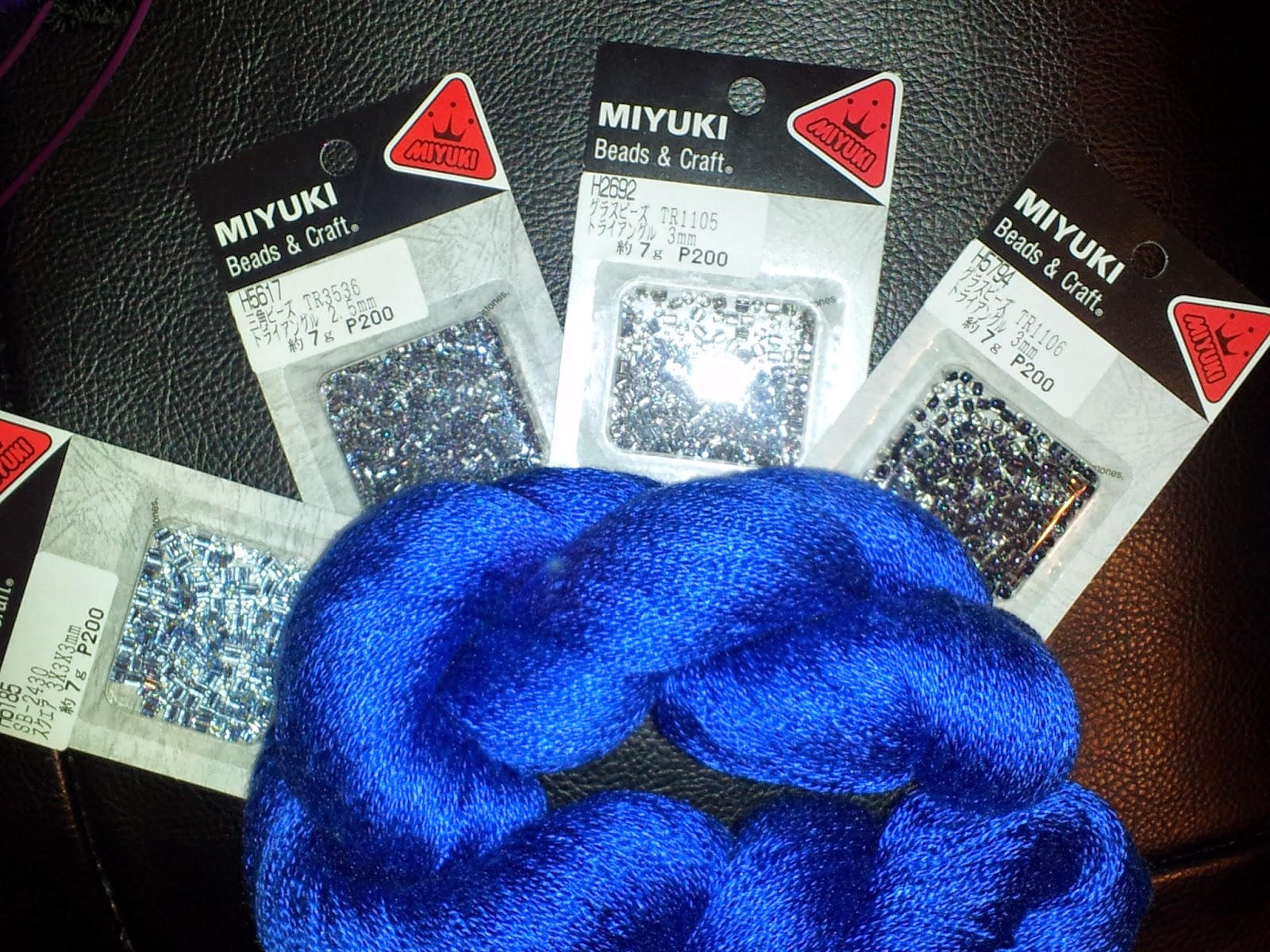 My sister ended up liking the ones on the far left, though I liked the ones right next to it (those are the evil smaller beads).  I've started using the far left ones, and also these: 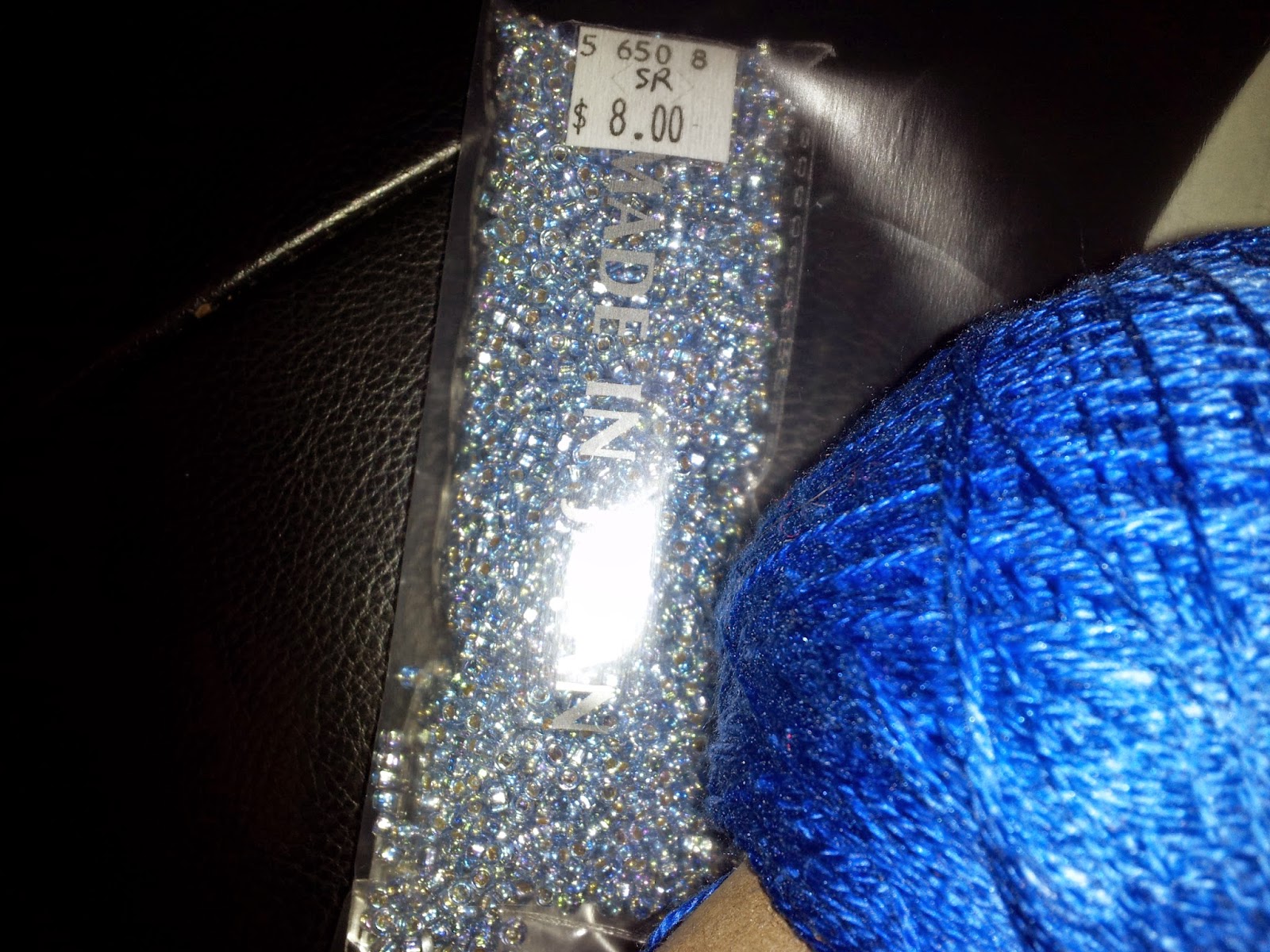 Which is kind of a blend between the ones I liked and the ones she liked.  I dunno if I'll still use the other ones.

And this is only the beginning.  The fun didn't end there, but I'll save it for another post.  I better go work on the shawl now (or, more realistically, I'll do a couple of pattern repeats and then go play Skyrim.  Because nothing beats a deadline like procrastination).