For What it's Worth

While, given it's a week into February, that my hopes for getting a new pattern out around New Year's are dashed, I am working on one.  Here's a hint: 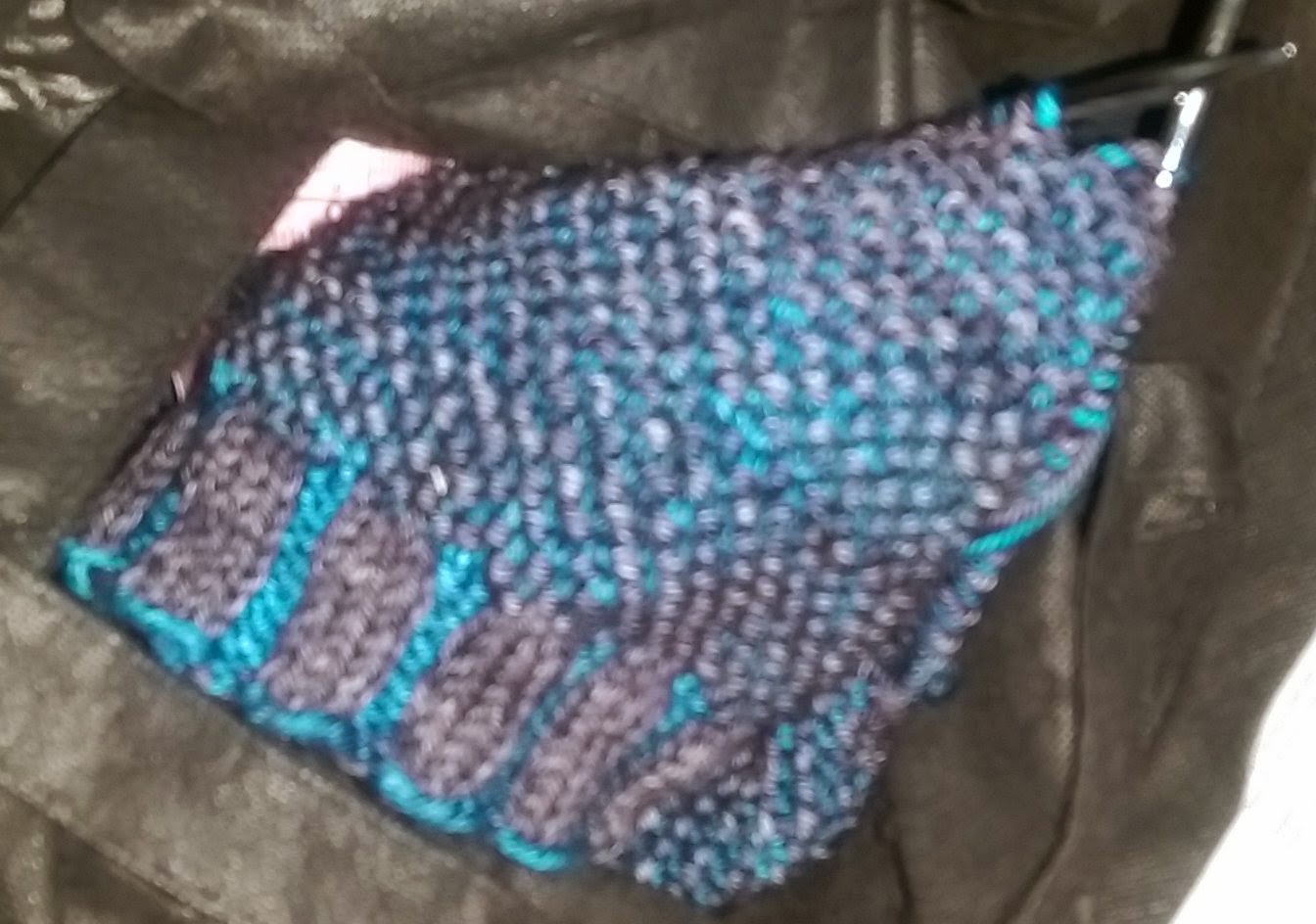 This is what happens when you think you can knock out a 'simple' item of your own design without doing much pre-planning, out of scrap yarn.  I should have known it doesn't work that way. Now, it doesn't help that I haven't had much time for knitting recently, let alone calculating things officially in a spreadsheet.  Spreadsheets require hours in front of the computer working on them.  I can knit on the subway,  the bus, and wherever I may be at the moment. Might have contributed to my throw-it-to-the-wind half-ass planning, that did.

Anyway, it seems to be working now.  Hopefully.  Though I can't promise when it'll be written up and out, or if I'll be more than one size,  I can promise that I'll release it for free.

I actually thought about that for a bit, even though this pattern is pretty simple and in the end I decided that it'd only be worth between $0.50 and a dollar, which means it doesn't pay to get it tech edited.  And I won't sell a pattern that hasn't been tech edited, because that's not respectful of my users.  If it's free, well, I try to make sure there's no errors, but that's the trade off for getting a free pattern.

However, it does have a different aspect to it, which is why I paused at first.  Even something as simple as this takes a good amount of planning and some time investment.  This is something I have very little of at the moment.  And since my last pattern was put for sale, there's the aspect of going legit on top of it.  Where's the line between free and not?  Should I give my efforts away like that, after I've said they're worth something?

But then I realize, who am I kidding, I ain't a professional in this nor do I want to be.  So, free pattern. At some point.

I did also get this done:

Yay, shiny cable hat.  It's a little big, but it stays on my head, covers my ears, and is warm enough. Now what to do with the other skein of that yarn...